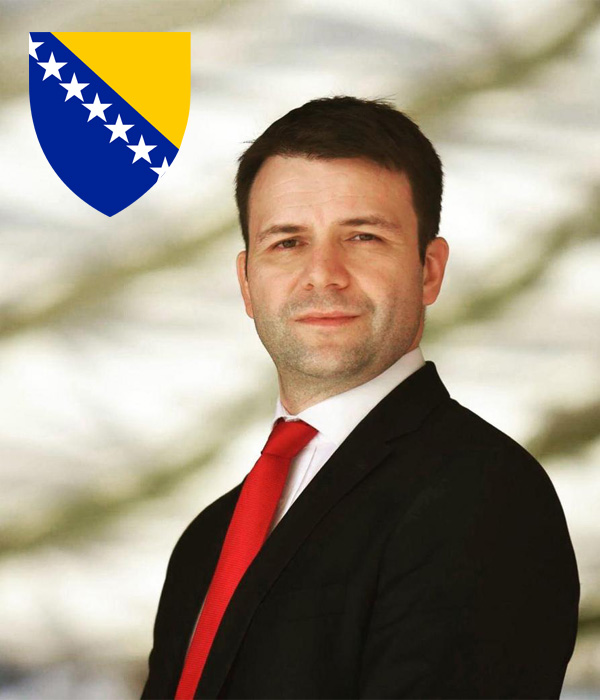 Dr. Nedim Makarević was born in Doboj (Bosnia and Herzegovina) end of 1974. He completed his elementary and secondary school in Doboj and after that he started his study in Electrical Engineering (mechatronics) at University of Applied Sciences in Germany / Heilbronn. He made his Doctor of Business administration focusing on the role of IT-Security impacting strategic management. He is native speaker of Bosnian language, but he also speaks fluently German and English language. He has previously worked for the goverments of Malaysia, Germany and Bosnia Herzegovina and served as Ambassador of Bosnia and Herzegovina in Pakistan and Afganistan. During his four-year diplomatic mandate in Pakistan, Makarevic received a prestigious annual award for the best diplomat, Islamabad’s award and the CEO’s award for diplomatic success. He was especially engaged in establishing economic and other ties between BiH and Pakistan, so during his term of office, BiH’s exports to Pakistan increased, education contracts have been signed, and a Pakistani-Bosnian elementary school has been built, named after the first president of the Presidency of the Republic of Bosnia and Herzegovina, Alija Izetbegovic. Dr. Nedim Makarević was preseted crendentials to assume the position on 30. september 2017 for Ambassador of Bosnia Hercegovina to the Kingdom of Norway and Iceland